Shadow is a 107-pound part black bear, part gorilla, part bunny and part dog. He is my black Labrador retriever service animal that is 3 1/2 years old, yet I have only known him for a short time. We were just placed together a mere nine weeks ago when, after a lengthy four-year wait, a Colorado-based non-for-profit organization called Canine Partners of the Rockies made the call there was a service dog that might be a good fit. I equate this phone call similar to that of getting the call that, after years of waiting, a baby is available for adoption. Your whole life at that point goes on hold, for the dog is now your adopted child. And life is never the same.

These last nine weeks of my life have been quite adventurous, and our early experiences together have been very colorful, to say the least. Only a few days after placement and while I was predisposed in the shower nekky and all, Shadow decided to sneakily get into the bathroom trash where he found that five surgical gloves and other disgusting bathroom items might be a tasty snack on a Sunday morning. My brother Tracy, his ambulance driver, and Shadow will forever be connected for Tracy saved his life that day taking him in on a moments notice. Luckily Shadow didn’t mind when the veterinarian induced vomiting so as to clear out his naughty attempt at Sunday brunch.

Just the other day, while running Shadow up and down the aisles in a local mall for exercise, the big guy uncontrollably relieved himself mid-run all the while looking at me with eyes of despair and nervousness knowing that he was doing something terribly wrong. It didn’t matter so much that poop ended up flying up in the air, because we quickly contained the mess and went about our day as if nothing had occurred. I told him mistakes happen, and that of all people, I truly understand as us paralyzed folks know all too well that “invols” happen. Sometimes when you gotta go… You gotta go.

Probably one of Shadows favorite pastimes – aside from food – is his uncanny ability to eviscerate a stuffed animal in less than three minutes. Similar to a scene in Edward Scissorhands, tufts of white cotton filler fly up in the air and all around the room as if Shadow is creating a masterpiece. After the stuffed animals’ untimely death, Shadow saves and protects the carcasses in his little toy bin next to his dog bed as if saving the remnants for later shredding. He has a whole collection.

Even though Shadow has an occasional mischievous side to him, he has a personality synonymous with a laid-back, mellow yet strong small black bear with a swagger similar to that of Eeyore. He snores loudly, dreams more intensely than any person I know, hops like a bunny when overly excited and demands the utmost patience, as he is the pickiest pooper I’ve ever met. He has embraced my connection with Eastern philosophy and the metaphysical world as he proudly wears a hemp-wrapped clear quartz crystal around his neck, keeping the Zen just as I do. He loves plants and flowers and often times stops our strolling walks to “smell the flowers” – reminding me to stop and do the same. He’s teaching me to slow down, take breaks and get outside more promoting my independence. And lastly, the emotional support cannot be more understated – he cries when I cry, barks at me when I’m in a bad mood, alerts me when there is someone at the door, and gazes with his black gorilla eyes in such a loving way that often times all of my earthly troubles slip away in just an instant.

Finding Shadow has been the greatest gift of my life and I will forever be grateful for Canine Partners of the Rockies taking a leap of faith placing him and me together. With so many service dog companies telling me “no” that my high-level of injury prohibited my ability to bond with a dog, I just so wish that those naysayers that refused to work with me could spend just a few minutes with Shadow and me to understand that anything is truly possible. For he is mine, and I am his and neither of us would have it any other way. 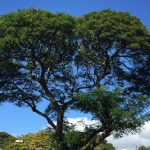 When a caregiver leavesBlog Posts 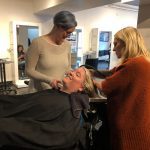 A girl has to look goodBlog Posts